Montegrotto Terme is located within the Euganean Hills Regional Park, 30 km from Venice.

The city of Montegrotto is reknown thanks to its famous thermal waters, already acknowledged during the Roman era. In addition to this, the city hosts the small International Museum of Art Glass, the Butterfly Arc – House of Butterflies and some important archaeological sites from the Roman era.

An area of great interest for its natural beauties, in recent years Montegrotto Terme has also established itself as a location for events held in ancient nineteenth-century villas or in the large spa facilities.

An extremely popular destination for any time of the year, the city of Montegrotto offers its guests a wide range of accommodation facilities in which to spend a few days of total relaxation and well-being.

Montegrotto Terme is known as one of the area’s leading spa centers. Special health and beauty treatments help guests stay in shape while they enjoy their singing.

We will be able to give you further information regarding special hotel fees briefly,

If you have a specific accommodation request, please contact us at info@festivalgospelmontegrotto.com .

HOW TO GET TO MONTEGROTTO TERME

Participating choirs and singers are responsible for all matters related to travel issues to reach Montegrotto Terme.
The Organizing Committee can, if required, organize bus transport for choirs on their arrival, from the Airport to their accommodation, and on their departure, from their accommodation to the departure Airport, at a specially negotiated cost.

Venice International Airport “Marco Polo”, (code IATA VCE) is 60 km from Montegrotto Terme and can be easily reached by taxi and shuttle service which connects the airport with the railway station “Venezia-Mestre” and than by train in 60/75 minutes.
Venice is well linked with the rest of the world through connections with Rome Fiumicino, Milan Malpensa and the main European capitals (Amsterdam, Frankfurt, Munich, Paris, Vienna). The main car rental services can be found at the airport. For further information: www.veniceairport.it

Treviso Airport «Antonio Canova» (code IATA TSF) is 70 km from Montegrotto Terme and can be easily reached by train andgran turismo buses. For information on timetables and tickets visit the website: www.trevisoairport.it

Following the improvement of the railway line “Freccia Rossa” which connects Venice and Bologna in only 90 minutes, Bologna Airport (code IATA BLQ) is today an easystopover to reach Montegrotto Terme. For further information: www.bologna-airport.it

Montegrotto Terme is connected with the main Italian cities through an efficient motorway network which leads to the city centre, that is only 7 km from the A13 motorway (exit: Terme Euganee). For further information: www.autostrade.it 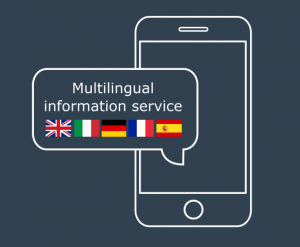